Samuel Johnson in his “Preface to Shakespeare” highlights several qualities and defects in Shakespeare’s plays whether they are comedies or tragedies. Samuel Johnson’s preface got enough fame due to the points that he raised in his writing. However, while highlighting the defects and qualities of Shakespeare’s work, Johnson, sometimes contradicts his own views.

Samuel Johnson, a well-known figure of late Augustan age is considered superb for his critical preface, Preface to Shakespeare by most critics. Harold Bloom defines “Johnson’s vitality as a critic” as “always sufficiently inside Shakespeare’s plays to judge them as he judges human life, without ever forgetting that Shakespeare’s function is to bring life to mind”. In his preface, Johnson identifies several strengths and imperfections in Shakespeare’s capabilities of writing.

Shakespeare develops his argument in considering Shakespeare and his works as antique. He used the word “antique” as referential. He argues that something written a long time ago, must have been discussed a lot and if it is still admired, it contains some established qualities because it has gone through a phase of testing, checking and comparing. 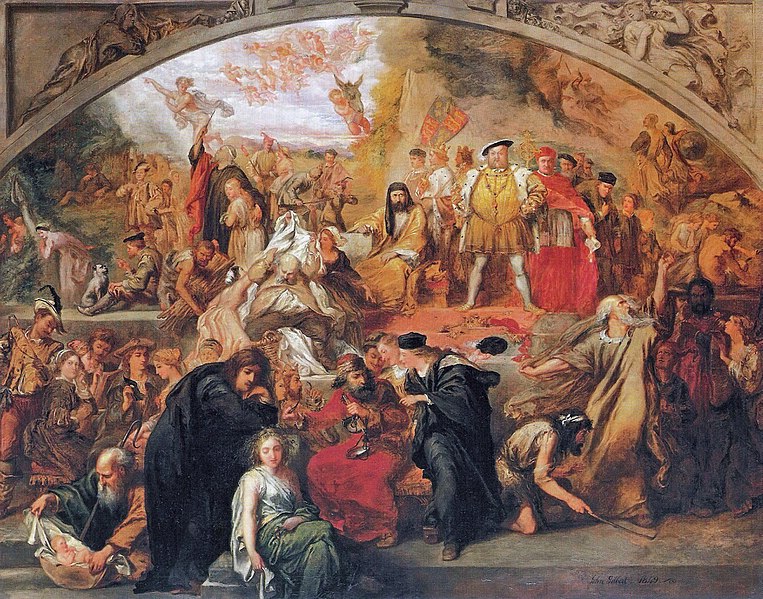 Strengths of Shakespeare’s Plays According to Johnson

Shakespeare was an established authority by the time of Johnson. According to Johnson, “Nothing can please many, and please long, but just representations of general nature”. By nature, Johnson means the observation of reality. Johnson says that Shakespeare had the ability to provide a ‘just representation of general nature’. Here, Johnson presents the idea of universality. David Daiches reports that Dr. Johnson appreciates Shakespeare because he, according to Dryden’s requirement of a just and lively image of human nature, fulfills it. He further explains that Shakespeare as a dramatist is praised because he does what is expected from a dramatist. Shakespeare’s writings have a main theme of good and evil, these are universal problems, and everyone agrees to these problems. All humanity faces good as well as evil so the author who uses these problems relates to people’s lives.

According to Johnson, art should be exact representation (imitation) of general nature as Plato says that art is the imitation of nature. Also, dealing with the theme of universality, Johnson seems to believe in modern thoughts that truth has to be universal, accepted by all and common for all. Nature is represented by classicists so copying them also means copying nature. Hamlet says, “Hold up a mirror to nature”, which means imitation of nature according to Platonic theory. Shakespeare is also categorized by Johnson as poet of nature. 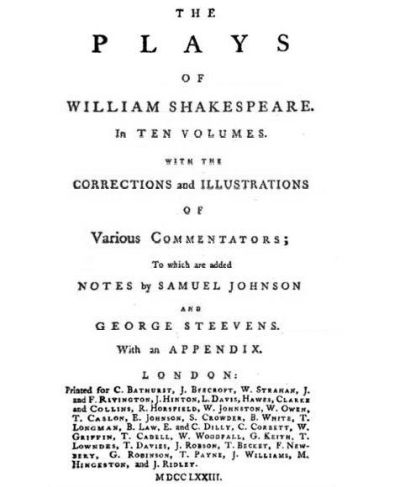 Johnson describes language of Shakespeare as comprehensible. He also describes that Shakespeare’s characters differ from one another because of the usage of language.

Johnson praises Shakespeare and comments, “His drama is the mirror of life”. According to Johnson, his plays are so realistic that we get practical knowledge from them. He further says, “Shakespeare’s plays are not in the rigorous and critical sense either tragedies or comedies, but compositions of a distinct kind..”. According to Johnson, divisions of Shakespeare’s plays into tragedies and comedies is wrong. Eliot shares Johnson’s idea of incorrect labeling of Shakespeare’s dramas as tragic, comic and historic.

Johnson judges Shakespeare’s tragedy as “a skill” and his comedy as an ‘instinct’. He thinks that the natural medium for Shakespeare is comedy not tragedy. According to him, Shakespeare had to struggle for his tragedies but still they did not reach perfection.

He presents a mingled drama – a tragicomedy, which provides instructions in both the ways, as a tragedy as well as a comedy. He reinforces if tragedy and comedy are mingled, the effect one wants to create on the audience is impaired. Mingling of tragedy and comedy means to represent the reality of the world as it is.

Weaknesses in Shakespeare’s Plays According to Johnson

Johnson identifies, “The end of writing is to instruct; the end of poetry is to instruct by pleasing”. Dr. Johnson, like utilitarian, seems to believe in the usefulness of art. He is one of them who want to prove that art is profitable for society. He also agrees to Sidney’s idea of poet as a moral teacher. According to Johnson, poetry should make us better and it should be didactic. David Daiches criticizes Johnson for his two contradictory remarks—just representation of human nature and poetry as a medium of moral instruction. David Daiches emphasizes that human nature not only deals with good side of life but also the evil aspects are there. However, for instructing morally, evil should be omitted, which means that the writer is not depicting true human nature. Humanity contains moral as well as immoral aspects so poetry cannot be a moral teacher and true human nature representation both.

Johnson comments on Shakespeare’s style, “He sacrifices virtue to convenience..”. Johnson’s argument is prejudice of the age. According to his opinion, rational thinking leads to moral thinking. Anthony House depicts, “Johnson exhibits emphatic distaste for Shakespeare’s lack of moral purpose”. Johnson reinforces on a writer’s duty “to make the world better”, which means, he emphasizes on moral role of literature, which is again contradictory to neo-classical ideas. 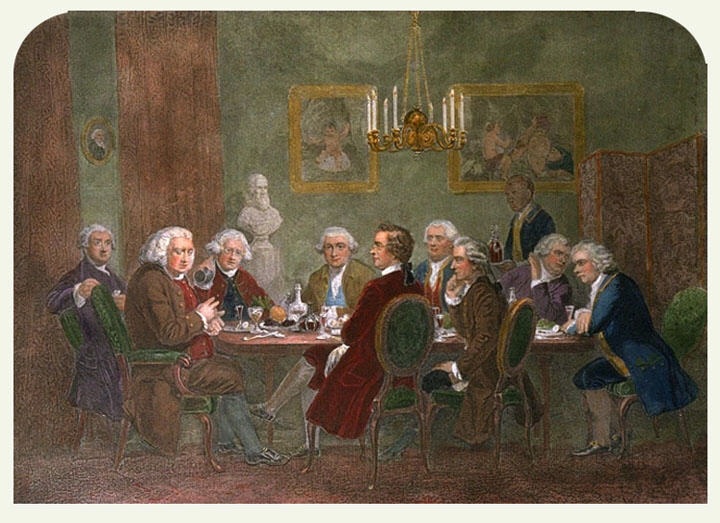 Another defect highlighted by Johnson is that Shakespeare does not give much consideration to plot construction. Initially, in the preface, Johnson praises Shakespeare for his universality, his not belonging to any one age, place or time but then, he contradicts with himself as he identifies it a flaw of Shakespeare’s style.

For Johnson, clarity and diction are important. Johnson criticizes Shakespeare’s use of language. According to him, Shakespeare is not of civilized kind and is also over-punning. Sometimes, it seems that Shakespeare is involved in providing mere dialogues not related to the plot.

Johnson vigorously defends Shakespeare against charges of failing to adhere to the classical doctrine of the dramatic unities of time, place and action. According to Aristotle, these unities are necessary for the praiseworthy work. As far as, unity of action is concerned, Shakespeare is good at it but the other two unities of time and place are subservient to the mind: since the audience does not confound stage action with reality, it has no trouble with a shift of scene from Rome to Alexandria. Anthony House claims, “By reversing the entire paradigm through which the unities are used, Johnson changes Shakespeare’s fault into a praiseworthy asset”. According to Johnson, the idea of unity of place and time is contradictory in terms of reason and rationality. Johnson also elaborates, “Such violations of rules mere positive become the comprehensive genius of Shakespeare”.

Anthony House depicts the importance of Johnson’s work in terms of Shakespeare’s study. By his preface, Johnson tries to highlight certain views about Shakespeare’s genius. Whatever Johnson has contributed, it is precious.

Defining one's own self is the most difficult job still I try. I am a simple person, believe too much in positiveness, liveliness, struggle, hard work and happiness in life. I have a well-defined ambition about my life and that is to be successful and inspirational. I like to write due to which, I am here. I started this blog to do some creative as well as educational work. I intend to write short stories, novels and other creative writing works. I also intend to review books that I love to read. I am inspired by English as well as Urdu Literature. This blog is just in its initial phases and I hope that I will continue to add creative work to inspire and educate.

13 thoughts on “Johnson’s Preface to Shakespeare”

Attention is the rarest and purest form of generosity - Simone Weil

A Kangaroo Court; Triumph of Mediocrity

Dorin Popa / Nobody understands anybody

Great writers and great story tellers are special people who are worth their weight in gold because they take us to beautiful places beyond our wildest imagination and bring us joy and happiness. These special people we should be grateful for and celebrate them, as they are rare and precious.

LIFESTYLE, BEAUTY AND EVERYTHING IN BETWEEN

The poetry of ineptitude.

I WRITE BECAUSE OF HER ❤😊

Welcome to the world of cats!

MORALS AND STORIES FOR EVERYONE

Writing Wings For You

Marie Lukasik Wallace ~ # I LIVE Poetry - I'm passionate about life and writing and all things creative and poetic!

A place to discuss palmistry

rupalislale
The View From Laura's Window

A Spiritual Perspective for People and Problems